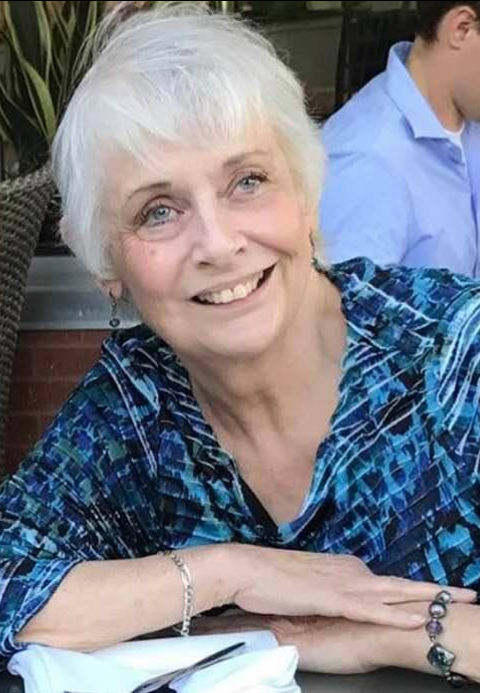 Susan Lois Houns Murphy, 69, passed away on April 18, 2020 in her home in Overland Park, Kansas with her loving husband, Gerard (Jerry), and devoted son, Matthew by her side. She had fought pancreatic cancer for five years with unwavering grace and bravery.

Susan was born on August 29, 1950 in Tomahawk, Wisconsin to William (Bill) and Lois Houns. When she was three years old, the family moved to Madison where she spent her childhood delighting family and friends with a sense of adventure and charm. At the age of 5, her baby sister, Jane, joined the family. They developed a life long bond as best friends.

The family moved to Eau Claire in 1967. After graduating from Memorial High School, Susan attended the local campus of University of Wisconsin in Eau Claire, transferring after about a year to the University of WI Madison. There, during the turbulent early 1970’s she studied the social sciences.

In 1975, Susan decided to follow her spirited heart and join her Madison friends in the San Francisco Bay area. She worked for a hospital in the city and later the College of Marin.

Shortly after moving to California, she met her first husband, Michael Wolfe. In 1981 they welcomed their son, Matthew Jared Wolfe. Matthew was, in her words, her “gift.” Although the marriage ended, Susan and Michael continued to successfully co-parent together.

In 1994 Susan met the love of her life, Jerry Murphy in Marin County, California. Jerry has always said that he fell for Susan on their very first date — breakfast and a stroll, and only wished he met her earlier in his life. Susan and Jerry married in a sunset wedding in San Francisco on August 19, 1999.

Though Susan’s two beloved cats, Lucy and Sally, did not mesh well with Jerry’s bully of a cat, Clover, the couple still settled into a pleasant life together in Petaluma, California.

Eventually, Susan joined Jerry as an associate in his market research firm, GMA Studies. Jerry often said that Susan was the best editor and writer that he had ever worked with. In 2004 Susan and Jerry decided to move their life closer to family in the Midwest and settled in Overland Park, Kansas. In 2013, they sold the business and happily retired. While living in Overland Park, Susan became certified as a Master Gardner by the Kansas Department of Agriculture. Jerry benefited from the tasty squash and herbs that emerged from Susan’s garden. She also shared her news skills with the community as a volunteer with Deanna Rose Children’s Farmstead.

Susan was also a woman of compassion who loved without reservation. She loved her family, her friends and her devoted dog, Augie.  She loved all kinds of music, particularly the blues, an interest she shared with her son.

She will be remembered for her quiet charm and the creativity that infused her garden, her cooking and her conversations. She made the most exotic meal look effortless — never seeming to measure anything — and was a delightful hostess. A supremely kind, open-minded person and a great listener, she was often the person that close family would turn to for advice. And many considered her close family; along her family in Wisconsin, she developed lasting ties to Jerry’s four children and nine grandchildren.

Susan also had an adventurous side, which came out during travel, most notably during that famous summer in college hitchhiking across the United States. In 2015, shortly before her cancer diagnosis, she and Jane made a trip to Belgium to scatter their father’s ashes over the area where his B-17 had crashed in Belgium during WWII. She also enjoyed introducing loved ones to her favorite places. After Jerry took her to Quebec for her 50th birthday, she returned at least five times with different family members.

In 2015, Susan was diagnosed with pancreatic cancer. When she met new medical people or saw old friends, they were always amazed she had cancer because she looked so radiant and beautiful. Even as she endured procedure after procedure, she managed to exude perpetual grace and a sense of humor. She was also a reliable source of information and encouragement for others with pancreatic cancer.

To know this amazing lady was to know strength, beauty, intellect, artistry, compassion and wit. She will be missed by the many, whose lives she touched.

Susan was preceded in death by her adoring father, William R. Houns.

Susan’s celebration of life will be held at a later date. In accordance with emerging public health guidance, and true to her spirit, it will occur in multiple locations: Wisconsin, Kansas and California.

The family suggests memorials in Susan’s memory to either the Pancreatic Cancer Action Network , Deana Rose Children’s Farmstead in Overland Park, KS or the Hanna Boys Center in Sonoma, California.

To order memorial trees or send flowers to the family in memory of Susan Murphy, please visit our flower store.