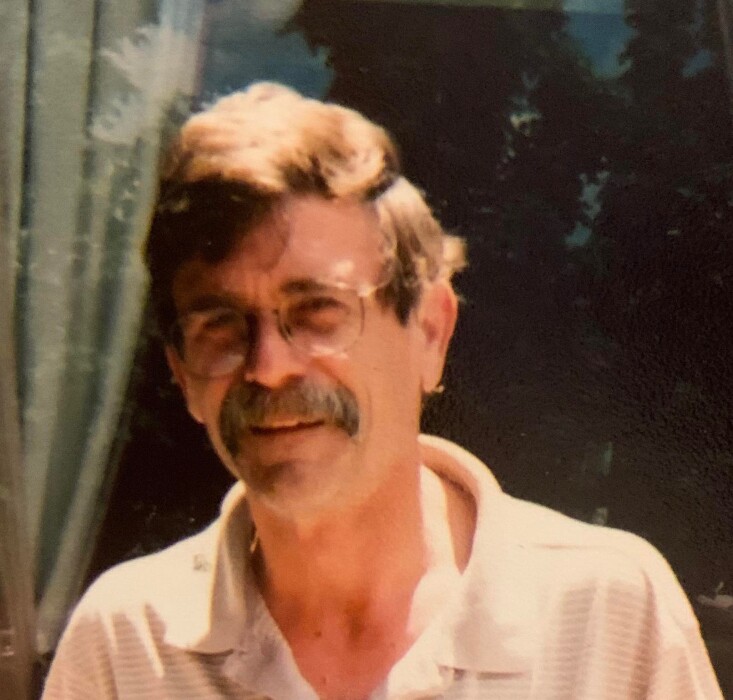 Stephen Miles Carr, of Overland Park, KS, passed away in his home in the afternoon on Friday, July 9, 2021. He was surrounded by family.

Steve is also survived by his brother Thomas A. Carr of Michigan, sister Elizabeth Carr of Florida, and nephew Carson Alexander. Steve was predeceased by his parents, Thomas J. Carr and Doris Virginia Sheppard Carr, both of Ohio.

Steve was born in Dayton, OH in November 1951. He graduated from West Carrollton high school with academic and athletic honors. He was Salutatorian and named one of the Top 10 Dayton Daily New high school seniors of 1970.

Steve earned Bachelor's degrees in History and Biology from Hanover College, a Master's in History from Purdue, and a Bachelor's of Science in industrial technology from the University of Wyoming. He has lived and worked in Ohio, Indiana, Michigan, Wyoming, and settled to raise his family in Kansas.

Steve will be remembered by his family and friends for his gentleness and patience, silliness and intelligence, and for his enthusiasm and contributions to his many hobbies and interests.

Steve was diagnosed with type 1 diabetes at the age of nine. As a child in the 1960s facing a serious medical condition, he far outlived any early prognosis. He fascinated his children by giving himself daily shots and with stories of learning to inject insulin by practicing on an orange. In 2011, he received a rare award from the Joslin Diabetes Center, for living with diabetes for 50 years. He was invited to participate in medical research through the Joslin Center in partnership with Harvard Medical School.

Steve started collecting coins as a child, beginning with pocket change from his paper route. He continued his interest in coins into adulthood. With characteristic curiosity, focus and depth, and accompanied by his son Jim, Steve built expertise in numismatics. As a member of the American Numismatics Association (ANA), Kansas Numismatics Association (KNA), Early American Coppers Club (EAC), and Johnson County Numismatics Society (JCNS), Steve served in leadership positions, taught workshops, and published widely. His interest and enthusiasm informed and inspired many, and his legacy will continue to do so.

Steve's friendships and connections through coin collecting grew into an opportunity to catalog the Smithsonian Museum's coin collection, for which he was awarded an Honorary Doctorate from the ANA. His friendships and service have also grown into a JCNS scholarship, given in his name, to Young Numismatists interested in attending the ANA Summer Seminar held annually in Colorado Springs.

Steve's coin collection is rivaled only by the spare car parts stored in his freestanding four-car garage.

As a hobbyist, Steve was a member of the Vintage Volkswagen Club of America and the Mo-Kan VW Club. He collected, traded and rebuilt VWs with friends, took his family to car shows, and published decades worth of newsletters that were mailed across the country.

Professionally, Steve taught industrial technology to high school students in Wyoming before accepting a teaching position at Johnson County Community College and moving his young family to Overland Park, KS in 1987. Steve traded a backyard full of car frames in WY for a nearly-30-year teaching career at JCCC. He impacted and inspired decades worth of students entering the automotive technology field, including his son John who continues to rebuild and repair cars even after earning a Master's in Divinity and entering the clergy.

Steve's career at JCCC also afforded him an opportunity to teach abroad in China in 1990 and to spend a sabbatical at the Smithsonian in 2004. His career leaves his family with memories of visiting the JCCC campus and watching the car lifts in action, with lots of practice changing their own brakes, tires and oil, and even with a cherished variety of Associate's degrees. Steve's wife, daughter, two sons,  and son-in-law all matriculated at JCCC.

Steve's accomplishments are myriad and are not all included here. He's an Honorary Kentucky Colonel. He conducted original research and discovery about Medal of Honor recipients. He may still hold swimming or track records through his high school or college. He enjoyed building models and puzzles. He will be missed for all of these things and more.

He will be missed most for his role as our friend, husband, father, father-in-law, and grandfather. These are the hardest things to quantify and the things that come together to make a great life. Steve felt, in the end, that he had lived a great life.

Join us to remember Steve on Saturday, July 17, 2021 at the Overland Park Funeral Chapel at 8201 Metcalf Ave, Overland Park, KS 66204. Visitation begins at 9:30 am with services at 10:00 am. Steve's ashes will be scattered privately by family in his raspberry patch, butterfly garden, and beloved yard.

In lieu of flowers, the family suggests a tribute gift to the Joslin Diabetes Center

To order memorial trees or send flowers to the family in memory of Stephen Carr, please visit our flower store.