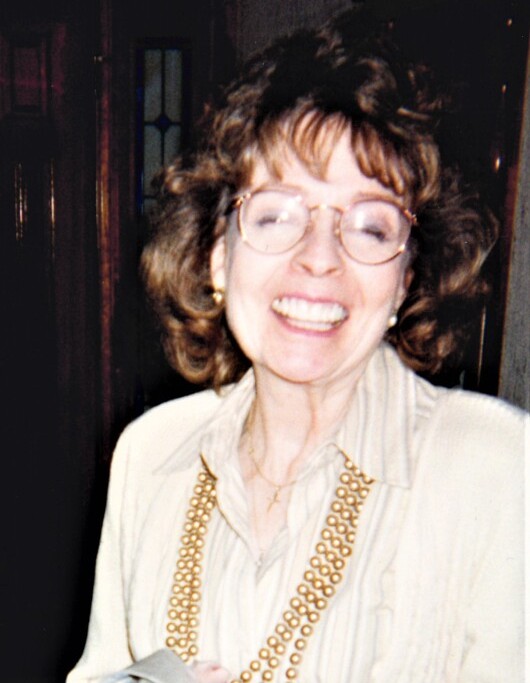 Shirley was born on June 5, 1928 to Orville and Pauline Warinner in Kansas City, Kansas.  She grew up and attended schools in Kansas City and graduated from Wyandotte High School in 1946.  In 1948, she married her high school sweetheart, Jack Tucker.  Jack and Shirley had a long and wonderful marriage and produced 3 sons, Larry, Ron, and Steve.  In 1954, they left Kansas City and relocated the family to Pasadena, Texas for an employment opportunity for Jack.  Shirley’s parents joined them in Texas and opened a drive-in restaurant they named Warinner’s.  In 1965, Shirley and Jack purchased the drive-in and ran a VERY successful business until they retired in 1978 and eventually returning to the Kansas City area in the early 1980’s.

During her childhood, the Warinner family enjoyed summer vacations in Minnesota where she developed a passion for the outdoors in general and fishing in particular.  She was always happiest holding a fishing pole!  After she and Jack retired, they bought a cabin on Lake of the Woods in Sioux Narrows, Ontario CANADA where they spent their summers fishing for Walleye, Northern Pike and Trout, picking wild blueberries on Blueberry Hill, gardening and in general, enjoying their Golden Years in the beautiful Canadian outdoors until Jack’s death in 1992.

In 2002, Shirley met and married John (Dale) Apel.  They lived a quiet life in Overland Park where she enjoyed attending a variety of shows in Branson, Missouri, visiting and spending time with her three sons, her grandchildren, and great-grandchildren, getting to know the Apel family with Dale and watching reruns of her beloved and favorite television show, “The Golden Girls”!
Throughout her life, Shirley graced the lives of everyone who came to know her with her strength, her intellect, her kindness, her honesty, and her energetic quest for life.  A more remarkable woman would be hard to find!

Rest in peace Shirley, Mom, and Grandma...………………You will always and forever be OUR Golden Girl!

To order memorial trees or send flowers to the family in memory of Shirley Tucker-Apel, please visit our flower store.