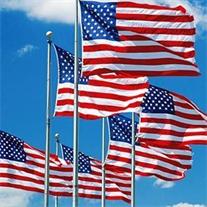 Sam served in the United States Navy for 4 years, and did a tour of Vietnam in 1969.
In 1982 he met Beverly Rea, they made their home in Overland Park.

Sam worked at Ameristar Casino as a card dealer for 16 years before retiring. He also had a long career in the hospitality industry.
He enjoyed collecting Southwest Indian pottery, fishing and was an avid golfer.

He is preceded in death by his parents and one brother Michael Cacioppo.