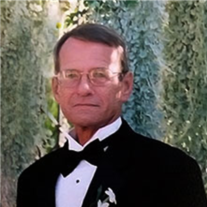 Roger Kent Nelson, 69, of Overland Park, KS, passed away on Monday, July 10, 2017.  Born on July 16, 1947, to Roland and Evelyn (Drebes) Nelson, Roger spent his childhood in Axtell, NE.  The family later moved to Overland Park and Roger graduated from Shawnee Mission West High School.  He continued his education at the University of Kansas, where he was a member of Sigma Phi Epsilon fraternity and graduated with his degree in business administration in 1970.


Following college, Roger returned to Overland Park and started his career as a certified public account with Ernst & Ernst.  He worked as controller at U.S Supply Co. before finishing his career with Novak Birks P.C.


Roger is survived by his wife of 46 years, Deborah; his son, Mark, of Prairie Village, KS; his son, Matthew, daughter-in-law, Catherine, and grandsons, Aiden, Liam, and Quinn, of Lee’s Summit, MO; his mother, Evelyn Nelson, of Overland Park, KS; his brother, Jerald Nelson, of Decatur, IL; his sister, Sheryl Moody, of Eureka, KS.  He is preceded in death by his father, Roland Nelson.


A memorial service will be held on Saturday, July 15, at Overland Park Chapel.  Visitation begins at 10:30 a.m., followed by a Celebration of Life at 11:00 a.m.  In lieu of flowers, please remember Roger by donating to the American Cancer Society.

To order memorial trees or send flowers to the family in memory of Roger Nelson, please visit our flower store.