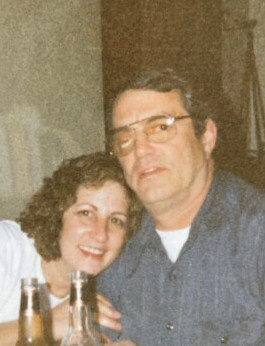 Roger Lee Donnelly, Father, Stepfather, and Grandfather passed away on Friday July 22nd in Overland Park, KS at the age of 80. Roger was born in Buffalo NY on Christmas Eve to Warren and Maxine Donnelly. The oldest of three boys, they soon moved to Crown Point, IN where Russel and Ronald were born soon after. After the family moved to Indianapolis, IN Roger graduated from Brownsburg H.S. He then attended classes at Indiana University. With extended family and his brother Russel being in Kansas City, Roger moved here in 1974 and called KC his home for the rest of his life. He enjoyed a very long career at Trinity Lutheran Hospital where he worked in the Engineering Dept. A life-long fisherman, Roger would often be found at his lake house with his wife Sherie of 34 years and their beloved border collies. They loved being at the lake and there was always a cold beer ready for anybody that would stop by. Roger is preceded in death by his parents Warren and Maxine Donnelly and wife Sherie Donnelly. He is survived by his children, Richard, Rhonda Nichols and Jeff Donnelly. Stepchildren, Karla Hunt, Shawn and Brett Myers. Grandchildren, Brandon and Brittany Hunt, Hannah Donnelly, Robin Donnelly Fiddler, Kristi Donnelly, Austin Myers, and Wyatt Donnelly.

To order memorial trees or send flowers to the family in memory of Roger Donnelly, please visit our flower store.

Services are to be announced