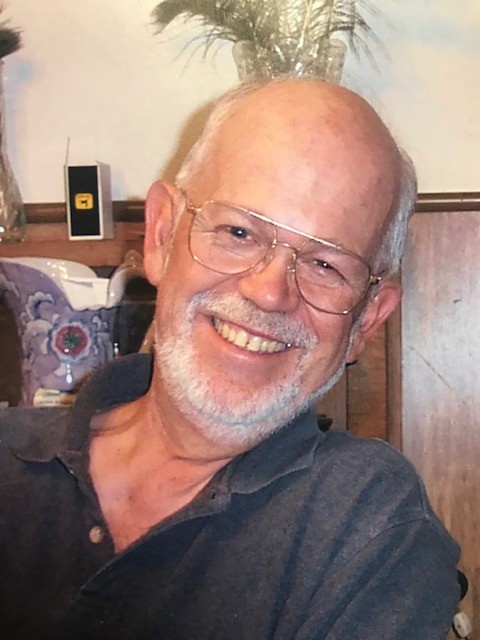 Reverend Richard (Dick) Edward Olson passed away on November 13, 2019 at the age of 81. He was born September 9, 1938 St. Joseph’s Hospital in Concordia, KS, the only child of Edward and Helen (Lundquist) Olson and grew up on their farm near Clifton, Kansas. They were all very active in the lived faith of Brandtford Covenant Church. Even though polio left him paralyzed at the age of fourteen, he remained very active throughout his life. Dick attended Emporia State University where he met and fell in love with Ernie. He graduated with a Masters in Chemistry and married Ernestine Agnew on June 29, 1963. They moved to Prairie Village, started their family and raised Kristen and John in their home near 79th and Windsor.

Dick was hired as chemist for the Food and Drug Administration in Kansas City immediately following graduation and became an expert at various types of microscopy. He was involved in investigating the Tylenol and Gerber Baby food scares in the 1980’s. He once had all the barge traffic on the Missouri River shut down because they weren’t emptying their bilge water. His work resulted in many interesting things such as the shutting down of a taco stand in town for serving stray dogs in the tacos. In his unpublished book on his life with polio, he describes himself at the FDA as a filth expert, able to tell from feces what a rodent had for breakfast.

Dick and Ernie were early and active members of Hillcrest Covenant Church. Dick served on boards and taught Sunday School classes and regularly had Bible study groups in their home. They founded and led the church camping group. Dick was an avid camper, fisherman, and reader as well as a loving husband, father and grandfather. He loved baseball and is remembered for singing Sweet Little Jesus Boy at church each Christmas.

Dick loved science but over time a strong sense of call to ministry developed. After taking night classes for over a decade at Midwest Baptist Theological Seminary, he graduated with a Master of Divinity degree and retired early from the FDA. He was ordained by the Evangelical Covenant Church and served ten years as the pastor of Swedeburg (NE) Covenant Church before retiring to Stromsburg, Nebraska and Midwest Covenant Home there. Several years ago Ernie’s health situation brought them back to the Kansas City area for assisted living and proximity to family.

To order memorial trees or send flowers to the family in memory of Reverend Richard Olson, please visit our flower store.