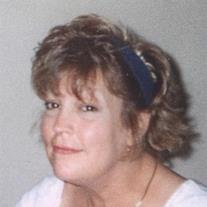 Patricia (Tricia) M. (Hanrahan) Horner, 55, passed away Monday, December 29, 2014 at the home in Olathe, Kansas.  Tricia was born in Lawrence, Massachusetts on February 5, 1959, the daughter of Peter F. and Jeanne Hanrahan.  She is survived by her husband Rick Horner and her son Cullen Horner, both of the home.  She is also survived by her siblings, Jack Hanrahan (Vicki), Donna O’Reilly (Ed), Peter Hanrahan (Patty) and Penny Turnbull (Don).  Tricia also had seven nieces (Andrea, Emily, Kelli, Fallon, Rachel, Jill, Kelsey and Anna) and one nephew (Logan). Tricia started her career in banking as a teller and her success led her to advance to the level of head teller for Twin City State Bank/Commerce.  She then continued her career as an Assistant General Manager/Comptroller at entertainment establishments including Guitars & Cadillacs, Roadhouse Ruby’s, Joe D’s on 39th and Matadors.  After completing her career Tricia became a homemaker to support her husband and son.  She always had a smile and never met anyone who didn’t become a friend.  A memorial service will be held at 11:30am, Monday, January 5th with visitation one hour prior at Overland Park Chapel.

To order memorial trees or send flowers to the family in memory of Patricia Horner, please visit our flower store.