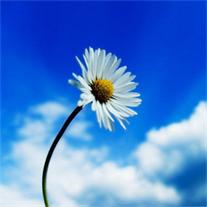 White, Nelda N. Bortz
Prairie Village, KS, formerly of Wichita, KS. Born in Pittsburg, KS, on October 9, 1916, died on July 14, 2013. She was predeceased by her husband, Charles M. White, MD, and sisters, Pauline M Bortz Loftis, Wilma Bortz Mauldin, and Mary C Bortz. She is survived by her children, Judith (Gilbert) Hawkins, Rochester, NY; Sally (Patrick) Guilfoyle, DeSoto, KS; and Lou (Michael) Pusateri, Kansas City, MO; grandchildren, Eleanor (Alexander) Hawkins-Richter, Nathan (Rachel) Guilfoyle, Jacob Guilfoyle, John Pusateri, and Gina Pusateri; great-grandchildren Ryan and Owen Guilfoyle; and nieces and nephews.
Nelda graduated in Bacteriology from the University of Kansas, trained as a medical technologist at KUMC, and immediately began work in that field. She remained a fervent Jayhawk fan throughout her life. She met her husband, Charles White, a medical student, while she was working at the University of Nebraska Medical School, and they married in August 1941. During WWII, she worked in hospitals in Carlisle, PA, Memphis, TN, and Portland, OR, while accompanying Charles on his Army postings, and worked in Kansas City after he left for the European theater. After the war, she and Charles had three children and moved from Kansas City to Wichita. Nelda's family and Charles' medical practice at the Wichita Clinic became the center of her life, and she developed many friends and ties in Wichita during their 47 years there. She was particularly interested in and supportive of the Wichita Symphony, the Wichita Art Museum, and served as a volunteer with the Wichita Red Cross. She and Charles returned to the Kansas City area in 1995 to be near their daughter and her family. In Kansas City, they took much pleasure in performances by the Kansas City Symphony.
A memorial service will be held at a later date. We extend our heartfelt gratitude to the compassionate staff of the Somerset Skilled Care Unit of Claridge Court and Continua Hospice, who cared for Nelda as if she were their own. Please direct memorials to the University of Kansas general scholarship fund, the Wichita Symphony, the Kansas City Symphony, or Continua Hospice.
To order memorial trees or send flowers to the family in memory of Mrs. Nelda White, please visit our flower store.