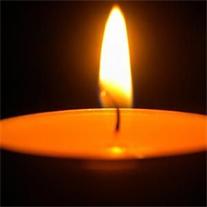 Mildred A. Turner passed away on Friday, June 28, 2013 at Kansas City Hospice House in KC, MO. The family will receive friends on Tuesday, July 2nd, 6-8 PM at D.W. Newcomer's Sons Overland Park Chapel, 8201 Metcalf Ave., Overland Park, KS. A graveside service will be held on Wednesday, July 3rd, 10:00AM, ay Mount Moriah South Cemetery, 10507 Holmes Rd Kansas City, MO. Memorial contributions may be made to Children's Mercy Hospital.
Mrs. Turner was born February 27, 1918 in Haddam, Kansas as the only child of Eva Lyons and Melvin Akers. She attended the University of Kansas where she was a member of Alpha Delta Pi. She was united in marriage to Howard E. Turner on April 13, 1942. They both joined Asbury Methodist Church.
After her husband's death in 1966, she was employed as secretary at Porter Elementary School in Prairie Village, KS, and later at the Shawnee Mission School District Administration Office.
She is survived by one daughter, Cheryl Fuller, of California (Ed), and by two sons, Bruce Turner (Janice), of Lawrence, and Greg Turner (Jackie) of Overland Park. Also, by 4 grandchildren, who were the light of her life. Grandsons Christopher Turner, Brett Turner, and Andrew Turner, all of Overland Park, and granddaughter Amanda Turner Steffen (Nic), of Ft. Collins Colorado.
To order memorial trees or send flowers to the family in memory of Mrs. Mildred Turner, please visit our flower store.