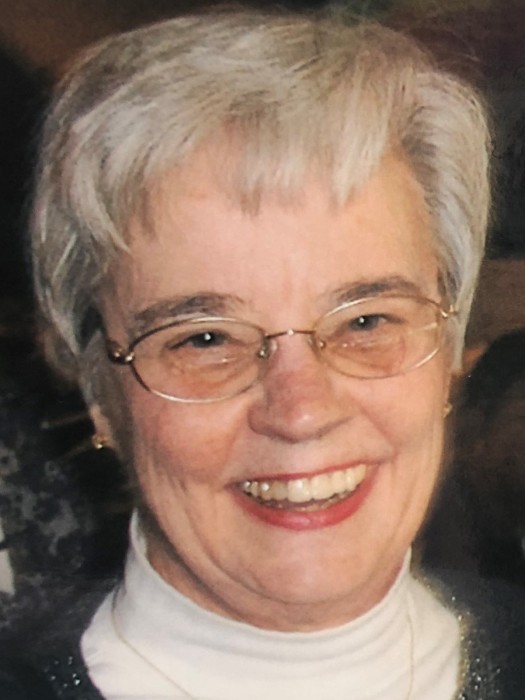 Mardy was born on May 13, 1937 in St. Joseph, Missouri to Loyle and Lorna (Schmidler) Bishop, the second of two children. She graduated from Shawnee Mission Rural HS (now SMN) in 1955. She studied History at Beloit College in Beloit, Wisconsin where she was a member of the Pi Beta Phi sorority. After college, Mardy worked for Tension Envelope in downtown KCMO and for Proctor & Gamble, traveling to most of the 50 U.S. States. Mardy met Jim Cottrell at Second Presbyterian Church in a singles bible study group. They were married at Second Presbyterian Church on April 20, 1963.

Mardy was a loyal and dedicated member of Ward Parkway Presbyterian Church and served as Clerk of the Session. She worked for the Heartland Presbytery for nearly 25 years and retired in 2008. After retiring, Jim and Mardy enjoyed a cruise to the Bahamas and travel in the U.S. before Jim passed. Mardy was an avid reader, bridge player, seamstress, fantastic cook, loyal friend, loving mother and grandmother and will be dearly missed by all who had the pleasure of knowing her.

To order memorial trees or send flowers to the family in memory of Marjorie (Mardy) Cottrell, please visit our flower store.