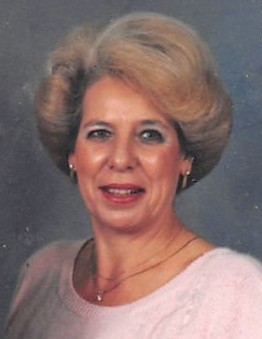 Marilyn was born February 4, 1934, in Anthony, Kansas, to Parents Helen and F. Clifford Deere. She was raised in Alva Oklahoma, with her sister Betty, moving to Hobart, Oklahoma, in 1949. She was a proud 1953 Graduate of Hobart High School.

In1955, she was married to Bill Shriner in Wellington, Kansas, where she lived until his death. After Bill’s death, she was an interior decorator for J.C. Penney Co, in Wichita Kansas.

Although she moved from Hobart after graduation, she always said she would return and one of her happiest days was when she returned in 2000 to make it her home.

In Hobart, she enjoyed reunion with her old friends. She was a member of Fortnightly Study Club, Hobart Methodist Church, and Beta Upsilon sorority. She enjoyed Book Group and Let’s Talk About It, Oklahoma.

The Graveside service for Marilyn will be 2:00pm at Prairie Lawn Cemetery, Wellington, Ks, May 29th, 2019.

To order memorial trees or send flowers to the family in memory of Marilyn Deere, please visit our flower store.