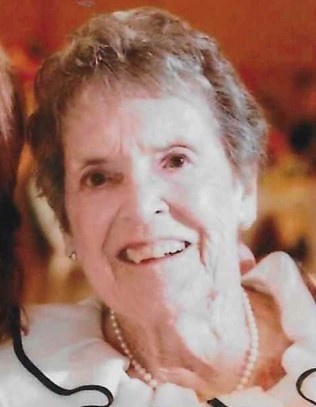 She was born February 17, 1924 in Kansas City, Ks. and graduated from Westport High School in 1942. While working at Farmers Insurance in Kansas City, she met and married the late Mel Thompson in 1944. They moved to Mound City, Mo., where they raised their four children, Steve (Connie), Diane Thompson (Terry Lee), Melissa Howard (Randy), Candie Livers (Albert). She worked at the Mound City News Independent newspaper as an editor. In 1978 they relocated to St. Joseph, Mo. where Marian owned & operated The Candie Shoppe. In 1986 she decided to pursue her lifelong dream of earning her college degree and attended Missouri Western State College, graduating in 1992. After Mel’s death in 1999, Marian moved to Overland Park, Ks. to be closer to family & to play bridge at The Bridge Studio where she played as a Life Master.

Mel and Marian loved to travel and especially with Marian’s sister Gladys Bartholow, Lenexa, Ks., and her late husband George. Marian was a lifelong learner and a lover of art. Throughout her life, she was a role model of honesty, manners, punctuality, and proper grammar. She will be dearly missed by her grandchildren, Carri Stucky, Zach Thompson, Myranda Gouin, Ethan Thompson-Lee, Jessica Thompson-Lee, Brett Howard, Travis Howard, Gus Livers, and Edie Livers. She also leaves behind 6 great-grandchildren.

Our mother’s infectious smile will be forever in our hearts.

In lieu of flowers, the family suggests donations to The Dementia Society of America, P.O. Box 600, Doylestown, Pa. 18901

To order memorial trees or send flowers to the family in memory of Marian Thompson, please visit our flower store.