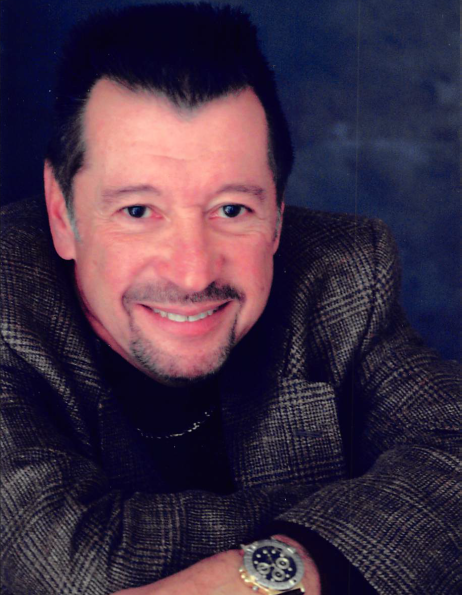 Larry Mark Vujnovich, 76, of Olathe, KS passed away peacefully April 26, 2019 at his home, surrounded by his family.

Larry was born December 15th, 1942 at St. Luke’s Hospital inKansas City, MO, the son of Mark Vujnovich and Rose (Uzelac) Vujnovich.  He was a 1960 graduate of Wyandotte High School, and earned his bachelor’s degree from the University of Kansas in 1965.  In 1976 he completed his Master’s degree in Human Resources from the University of Utah.  He met Mary Ann Judd in the fall of 1968, and they were married soon after, on July 18th, 1969. Larry spent most of his career working in human resources, which led him to Riyadh, Saudi Arabia in the early 1980’s, acting as a mentor to a collection of employees atSAPTCO, the public transportation company for the entire peninsula.  This two year stint enabled him to travel extensively with his family throughout Europe, Africa, and Southeast Asia.  Upon his return to the States, he spent the rest of his professional career working for the Western District of Missouri Federal Courts.  Larry had a love for baseball, and would describe himself as “all glove, no hit” as a kid.  He was a die-hard KU fan, which included both basketball and football.  His sanity might have been questioned over almost 30 years of season tickets to Jayhawk football, but the tailgating with family and friends seemed to make it all worthwhile.  Larry’s knowledge of all things trivia was unparalleled, and he would shrug off compliments with the phrase, “I’m just a storehouse for useless knowledge.”  His mastery of the English language was just as impressive, although the constant corrections of his son Michael’s “bad grammar” became a bone of contention when he was younger.  Fortunately, they both arrived at a place where they could laugh about it. Eventually. Larry received an honorable discharge from the United States Army Reserves in 1971, and continued to have an interest in firearms throughout his life.  He was an avid gun collector, and a proud member of the NRA. Larry was a devoted husband, a dedicated father, and a faithful friend.  But above all, he was his own man, with his own beliefs, and had neither the time nor the inclination to attempt to impress others.  What you saw was what you got, and we admired him for that.

Larry was preceded in death by his father Mark Vujnovich, his mother Rose Vujnovich, his wife Mary Ann (Judd) Vujnovich in 1999, a brother Gary Vujnovich, and Lucy, the best dog a guy could ever have.

He is survived by his son Michael Vujnovich, his daughter in law Julia Vujnovich, three grandchildren Mary, Miles, and Taiylor, Donna Koopman, his loving companion for the last 17 years of his life, and a small circle of lifelong friends.

A visitation will be held from 10 am to 11 am Monday, May 6th, 2019 at Overland Park Funeral Chapel, 8201 Metcalf Ave, Overland Park, KS, with a funeral service beginning at 11 am. Burial will be immediately following at Resurrection Cemetery, in Lenexa, KS.

In lieu of flowers, please remember Larry with a donation to the American Cancer Society.  His entire family is grateful for all of the love and support provided.  He will be missed dearly.

To order memorial trees or send flowers to the family in memory of Larry Vujnovich, please visit our flower store.