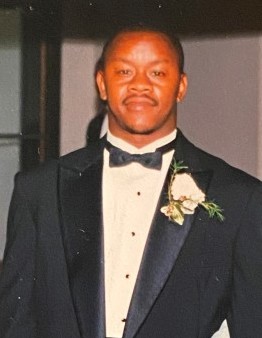 Kevin Wayne Pulliam, Sr. ("Chubby" or "Pull" as he was affectionately called by many) was born July 7, 1962, in Kansas City, Kansas to Henry Pulliam, Sr. and Ida Pulliam. Kevin passed away on December 26, 2019, at KU Medical Center. His father Henry Pulliam, Sr.; grandparents, Alexander Pulliam, Dave and Anna Pulliam, and Sarah Hoskins, and daughter-in-law, Shamena Pulliam, preceded him in death.

Kevin Sr. loved sports and you could always count on him to debate who was going to win, lose, or draw as he always had an opinion right, wrong, or indifferent. He loved people and was often seen making sure that the seniors in the community were being taken care of. Whether it was ensuring they had the proper medications, nourishment, or even cutting their yards.

Kevin Sr. was known by many in his community as he worked a variety of jobs, most recently working as a server for the City Union Mission Food Kitchen where he assisted those less fortunate and made a positive impact on people’s lives. Kevin Sr. was an asset and when his services were needed you could always count on him to come through.

To order memorial trees or send flowers to the family in memory of Kevin Pulliam, Sr., please visit our flower store.