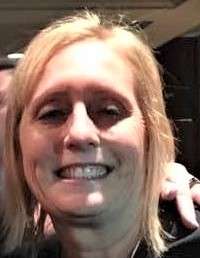 Kelli was born September 30, 1959, at St. Luke’s Hospital in Kansas City, MO, to Halle and Jack Clogston. Kelli was a registered nurse who spent her career as a lactation consultant helping countless new mothers with a kindness and compassion endearing her to all. Kelli was an adored wife, mother, grandmother, and sister who gave her all to her family, children, and beloved grandchild Halle.

She married her high school sweetheart, Eugene Malone, in 1982 and they raised three boys: Jay, Scott, and Brett. They were happily married for 25 years before Eugene passed away in 2007. Kelli and Eugene never missed any of their children’s sporting events and loved to go on long walks in the evenings to get some time to themselves.

In 2016, Kelli married James Ostermueller and the two of them enjoyed spending time with their dogs, their families, and traveling.

Visitation will be from 6-8pm on July 29, 2020, at Overland Park Funeral Chapel, 8201 Metcalf Ave, Overland Park, KS. Her final resting place will be at the Shawnee Memorial Gardens.

A college fund will be set up for Kelli's three year old granddaughter, Halle. In lieu of flowers, the family suggests donations be made payable to Kathryn A. Malone and noted for Halle's College Fund.

To order memorial trees or send flowers to the family in memory of Kelli Malone Ostermueller, please visit our flower store.