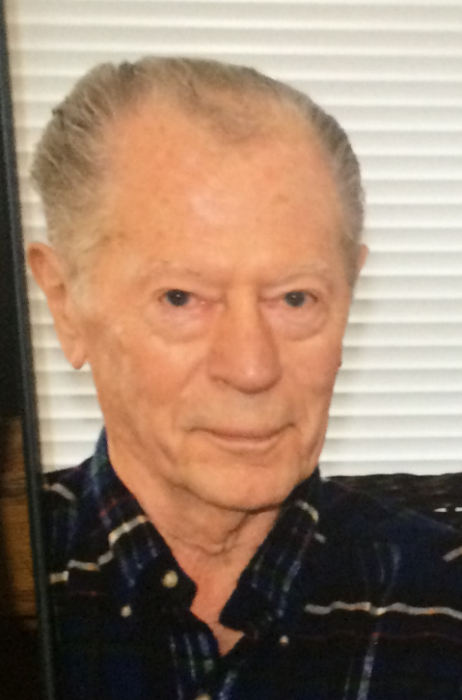 Joseph George Van Hoecke, Joe, was called to his heavenly home early in the morning on Wednesday, September 16th.  On June 8th, 1932, Joe was born to Jean-Baptiste, John, and Augusta Landuyt Van Hoecke.  John and Augusta were both immigrants from Belgium that met, married and lived in the East Bottoms of Kansas City.  Joe’s childhood was filled with Catholic faith, hard work, strong family values, and old school never-talked-about unconditional love.

Joe joined the Army, and he served with distinction from December 8th, 1952 thru November 24th, 1954.  Serving in the Army Reserve for the following 6 years.  During his time in the service, Joe was stationed in Europe and took the opportunity to visit family members in Belgium.

Joe married Bette Jean McPheeters of Ft. Scott, KS, on October 8th, 1955.  They had six sons.  Throughout his life Joe had love and the upmost respect for the outdoors.  The boys grew up with him teaching them how to fish and hunt in the Ft. Scott area of southeastern Kansas.  A pastime that most of the sons still enjoy and have passed down to their own sons and daughters.  With six boys in the house, there was never a dull or quiet moment.  Joe and Bette were members of the KC Turners club, where they enjoyed socializing while the older boys trained and competed in gymnastics, swimming and diving.  Joe also enjoyed being a member of the KC Turners bowling league.  Joe and Bette managed to raise six wonderful Christian men who are great spouses and fathers.

Joe’s Catholic faith was very important to him throughout his life.  He joined the Knights of Columbus Council # 4387, in December of 1955.  On April 1st of 1958 he achieved the rank of 4th Degree and was on the 4th Degree Team, assembly #566.

During his lifetime, starting in the 50’s, Joe was a member of Sheet Metal Local #2, (indentured March 2nd of 1955), along with his brothers Henry, Albert and Remy.  Joe worked at many companies, but he mainly worked at Troug-Nichols/Environmental Mechanical Contractors.  Joe was a hardworking and dedicated detailer, estimator and project manager during his tenure.  Throughout the years, he was blessed to have been able to work with not only his brothers but additional family members; nephews Jim, Cyril, Robbie and Ritchie, and his son, Tom.  He worked with Tom, for 11 years until his retirement on September 1st of 1994, on many projects in OP, KC and including many buildings in Executive Hills.  In 2013, he received his 60 year pin. Joe was also a partner with his wife, Bette, in a very successful Shaklee business for many years.

After Bette’s passing, Joe married Linda Stevenin Weisner, and was off on more adventures.  Along with Linda came 5 additional wonderful children.  The role of ornery, cookie stealing, loving Grandfather was never played better.

Joe enjoyed traveling and in his lifetime had the opportunity to travel to Europe, Japan, Mexico, and throughout the United States and Hawaii.  In the later years, his sons were able to take him on several family fishing trips to Canada.

To order memorial trees or send flowers to the family in memory of Joseph Van Hoecke, please visit our flower store.

Queen of the Holy Rosary