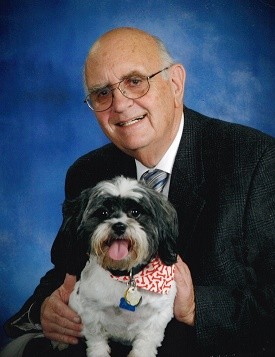 He served as an Air Force Reservist from 1963 to 1969 and was honorably discharged as a staff sergeant. He was honored as squadron Airman of the Year during this time.

Jon's career centered on the Banking business where he worked with Valley View Bank for 32 years, now known as Security Bank of Kansas City.  He retired in 2012.

Jon was preceded in death by the love of his life, his wife Sandra Farr Mallard, his father Andrew Knight Mallard and his mother Rosalee Farley Mallard.

Jon was the proud "daddy" to his dog Lewie.  He was a big fan of the Super Bowl Champions - Kansas City Chiefs and also the Kansas City Royals.

Jon was a long-time member of Asbury United Methodist Church in Prairie Village, Kansas. His family’s plans for a memorial service are undetermined at this time. May he rest in peace.

To leave fond memories and condolences for the family, visit www.overlandparkchapel.com

To order memorial trees or send flowers to the family in memory of Jon Farley Mallard, please visit our flower store.