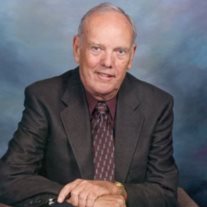 Mr. Schmer was born in 1925 in New Hampton, MO. Jim attended the University of Central MO and received a Master’s Degree from UMKC. He served in the United States Army in Korea during the Korean Conflict. After his military service Jim was employed for over forty years at the General Motors Fairfax Plant in the H.R. Department. He will be sorely missed as a generous and caring father, uncle and friend.

To order memorial trees or send flowers to the family in memory of James Schmer, please visit our flower store.