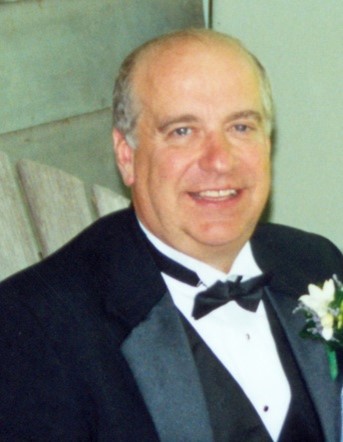 Jim (or “Benny” as his fraternity brothers nicknamed him) was born on September 27, 1943 in Milwaukee, Wisconsin, son of Clarence T. Rudolph and Audrey J. Radder.  He left this good earth on July 20, 2022. He married Jacqueline “Jackie” Adler on October 17, 1964 at St. Sebastian Church in Milwaukee, Wisconsin.  Jim grew up in Brookfield, Wisconsin and earned a Mechanical Engineering degree from the University of Wisconsin - Madison in 1966.  He was a member of Tau Kappa Epsilon.

After graduation, Jim took a service trainee position with the Caterpillar Tractor Company in Peoria, Illinois.  He was relocated to the Dallas area where he worked as a Service Representative eventually covering the State of Texas, Louisiana and part of Mississippi.  In 1970, he left Caterpillar and went to work for the Wisconsin Gas Company where he was part of a project to build a natural gas-powered car.   But, as they say, he still had that yellow paint coursing through his veins.  In 1972, he accepted a position at the Dean Machinery Company, a Caterpillar dealership in Kansas City, Missouri.  He retired from Dean Machinery in 2003 as Vice President of Parts and Service.   After retirement he worked for Hometeam Repair as a handyman.  There was nothing he couldn’t fix, and he enjoyed the conversations he had with customers as much as he enjoyed doing their repairs.  It has been said that Jim never met a stranger.

In his early adult years, he spent a lot of time volunteering, coaching kids’ sports, participating in Scouts, planning canoe trips, camping outings and fishing trips.  He was a past President of his Homeowner’s Association, worked with the Village Church’s Habitat for Humanity and was a Commodore for the Johnson County Sailing Society.  Besides sailing, another one of his hobbies was woodworking, a skill acquired from his father; and, for a short time was a member of the Kansas City Woodworker’s Guild.  He built cabinets, kids’ desks, tables, vanities, and ‘rocking toys’ for his grandkids.

He was always open to helping with a challenging project or to give sage advice on just about any topic. He loved talking and teaching.  When asked a question, he almost never gave a simple answer, he provided an explanation of why, which many times included a detailed diagram.  He loved to grill as well as make (and eat) his specialty - buttered popcorn made in a pan on the stove.  He also loved watching sports, especially college sports - the Badgers, and Jayhawks.

Jim loved to travel.  He was an expert-organizer for the many family vacations that he planned (in-detail) and that were enjoyed by all.  Family was paramount to him. He traveled anywhere and everywhere for his grandkids’ births and birthdays, to watch them play sports or just to visit them, which he loved the most.   He was much loved and will be sorely missed.

He was preceded in death by his parents, and his brother Jon, in-laws, Stephen and Marie Adler and sister-in-law, Mary Grinolds.  He is survived by his wife, Jackie; daughter, Jenny (Gib) Benschoter, Prairie Village, Kansas; and sons, Dan (Cara) Rudolph, Evanston, Illinois, Mark (Amy) Rudolph, Glenview, Illinois, and Joel Rudolph, Ocala, Florida, 12 grandchildren, and many nieces and nephews.

We wish to give special thanks to Luvetta Triplett for her care and concern for all these many years.

In lieu of flowers, contributions can be sent to the Lewy Body Dementia Association (lbda.org), Habitat for Humanity (habitat.org) or a charity of your choice.

To order memorial trees or send flowers to the family in memory of James Rudolph, please visit our flower store.