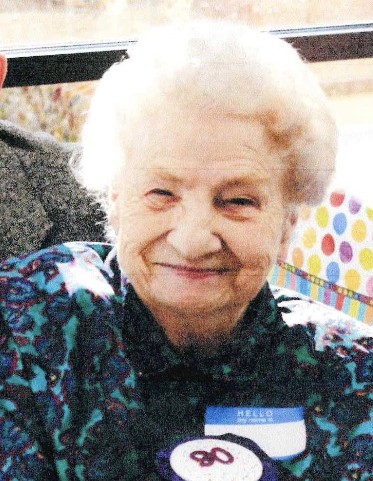 She attended a one-room schoolhouse called Fairview for the first eight grades and graduated from LaCygne Rural Highschool in 1941.  She moved to Kansas City and worked at Sears, Roebuck & Company from 1943 to 1966 and seasonally at the IRS from 1968 to 2000.

Hazel married James E. (Ed) Barnes (1924-2015) in 1947. She was a Bluebird and Campfire Girl leader through the South Park, Kans., grade school and kept track of her young charges as they grew up. She enjoyed RV camping with her family.  She was a member of the South Park Baptist Church, Shawnee Victory Baptist and in Kansas City, Kans., Oak Grove Baptist Church, now called New Story Church, at times serving as the secretary or treasurer of her Sunday school class.

The family is grateful for her care over the years by Dr. Gruenbaum and staff who thoughtfully saw her through decades of medical adventures; the staff at AdventHealth Shawnee-Mission Medical Center, Shawnee Gardens Healthcare and Rehabilitation Center, Great Lakes Hospice and the Rev. Aaron Patton.

In lieu of flowers, Hazel suggested donations to a local animal shelter or a local food pantry.

To order memorial trees or send flowers to the family in memory of Hazel (Rockwell) Barnes, please visit our flower store.