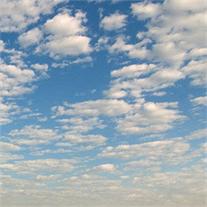 Fred Petzold, age 73, a longtime resident of Kansas City passed away February 22, 2014. A Memorial service will be held Thursday, March 6, 2014 beginning at 11 am at D.W. Newcomer's Sons Overland Park Chapel, 8201 Metcalf Ave., Overland Park, KS.
Fred was born on March 30, 1940 in Joplin, MO to his parents Joe and Doris Petzold. He attended Shawnee Mission High School and went on to attend The University of Kansas Law School. Fred was a member of the Phi Gamma Delta Fraternity. He also served in the Air Force as a Lieutenant at Fairchild Air Force base in Spokane, WA and worked in the JAG department. Fred practiced law in Kansas City. He was an avid tennis player and a huge fan of KU sports.
Fred is preceded in death by his parents. Survivors include his brother, Phil Petzold (Kris) of Overland Park and nephews, Scott, Ryan and Erik.
To order memorial trees or send flowers to the family in memory of Mr. Fred Petzold, please visit our flower store.