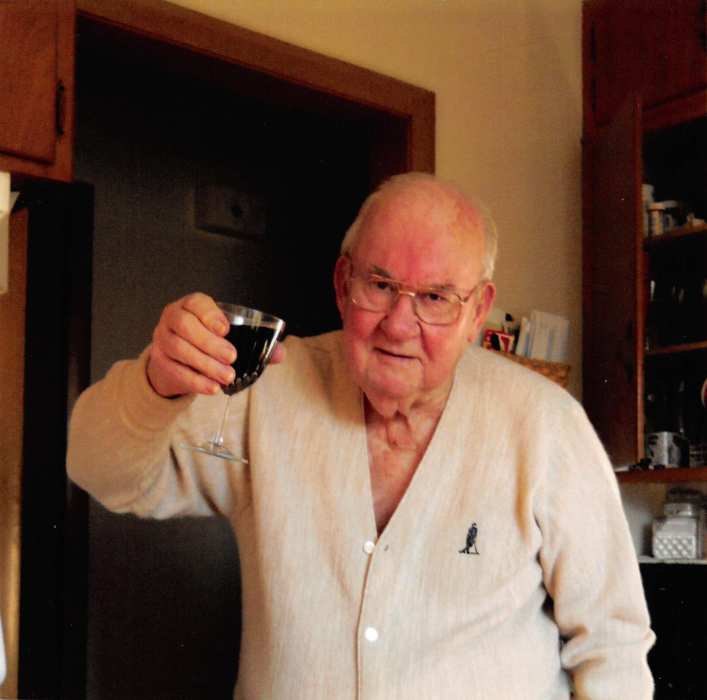 Errol C Cooper, 95, passed away peacefully on Monday, October 21st. Born in Brampton, North Dakota on August 15th, 1924. Born at the Cooper Family farm, that he loved so much, to Lance Errol Cooper and Olive Catherine Clark.

He and his younger bother Kent, grew up there with many uncles and aunts and grandparents, until his Senior year of High School. They moved to Oregon to work in the shipyards along side the Clark side of the family.  He did enlist into the Army a year after America went to war. He then was in the Air Corp during WWII, and was Honorably Discharged in 1946. After the war, many of the Coopers and Clarks moved to Reno, to work in the Casinos. Eventually, they all settled in California, where Dad met a girl, named Dorothy Goins, from Skiatook, OK.  Errol and Dorothy married and moved to the Kansas City area, for Dad to start work at a new company called, IBM.  This June 7th, was Mom and Dad's 66th Wedding anniversary. They are truly what Marriage is suppossed to be. Their love for each other never waivered over their 66 years together.

Dad loved sports. He coached many  Shawnee/Lenexa youth in Football, 3&2 Baseball and Girls softball. He loved to Coach. Coach Cooper. Coop. Dad played many sports himself as a younger man and the took up the game of Golf. So many stories. So many friends. He got Mom lessons and she became a fierce competitor. So many golf trips did "The Tour Director " plan.  He even coached all of us kids, on how to mow the yard and keep those lines straight. Many Bowling leagues over the years. He loved to watch all Chiefs, Royals, and anything College. KU, was his team. He loved statistics and knew so many individual players stats.Always the Coach. Don't get us started on his love for a good (or bad) Western!!  Mom can never understand how Dad and us kids can re-watch the same old John Wayne movies!!

IBM was a wonderful time in Dad's life and for his family. They were really Family oriented. Many    Christmas, Easter, and Summer Picnics were favorite memories. And of course, IBM Softball team that Dad played on.

A lifelong member of Hope Lutheran Church, his service spanned decades as an usher, money counter, and overall Faithful Servant. Thank you to Pastor Penikis, for getting to Dad so quickly for his final blessings. That was the only time he woke up. How amazing.

In lieu of flowers, donations to Hope Lutheran Church and School, would be appreciated.

To order memorial trees or send flowers to the family in memory of Errol Cooper, please visit our flower store.