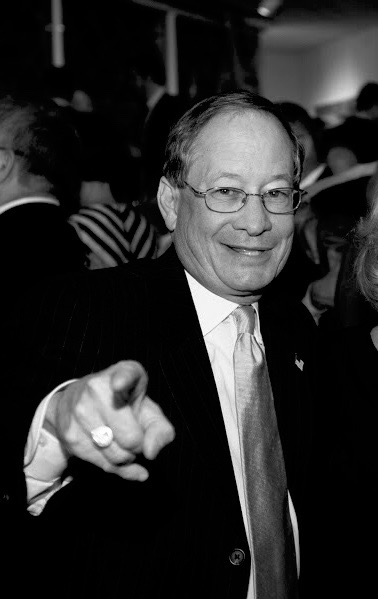 David Estel Price, Jr., 68, of Fairway, KS passed away unexpectedly on May 27, 2018. Born the third child of David E. Price and Frances Peek Price on April 14th, 1950 in Kansas City, MO, David was a lifelong sports enthusiast, a loyal Royals fan, an avid golfer and an extraordinarily devoted family man. He is already missed dearly by those who knew and loved his kind, generous and loving spirit.

As a young man, David attended Bryant Elementary School, followed by Colorado Academy, and later, Arizona State University where he met his beloved wife of 43 years, Cindy Gettleman Price. David and Cindy were married on January 12, 1975, a perfect Arizona winter day. After welcoming two beautiful and adored daughters (Heather Price Nana and Ginna Price Ronis) into their family in 1978 and 1981, David and Cindy’s young married years followed his career in sports radio broadcasting as he reported on local teams and the PGA tour. Gratefully following in his father-in-law’s footsteps, new opportunities led David into a much-loved career in the insurance industry, starting at Sentry Insurance Companies in 1979, followed by Sedgwick James, Embry & Co., Haake Companies, and ending at Marsh McLennan at the time of his death.

David never knew a stranger and could (and would!) strike up a conversation about the Royals with anyone who would listen. Family ties were made stronger through his love of the Royals, taking his grandchildren to games as soon as they were old enough. Enjoying root beer floats with “Dandee” was a family tradition beloved by all the family members, young and old, but particularly by David’s grandchildren who were the light of his life. David loved to travel around the country with friends and dear cousins, as well as to his home in Arizona where, steadfast for his love of family, he frequently vacationed with his children and grandchildren. David loved being outdoors, gardening, and keeping his yard in beautifully-maintained condition. He could often be found in his perfect spot outside on the porch, sitting under the gently whirring paddle fan while he listened to the Royals on the radio. An early riser, and always ready for the day ahead, David would wait for the newspaper to be delivered to his door at 5 am so that he could start his day by reading the Kansas City Star from cover to cover in his favorite porch chair, a lost art in this day and age of electronic media.

David was a keen civil servant who volunteered his time over the years to serve on the American Bank board and the Research Medical Center board, chairing their very first charity golf tournament. He was also past president of The Greater Kansas City Health Underwriters. His most current involvement and enjoyment was derived from his work on the Boys and Girls Club golf program. He was a dedicated member of the Kansas City Country Club and he appreciated both the time he spent there and the friends he made there immensely.

David is survived by his beloved wife, Cindy, daughters, Heather (Joshua Taimoor) of Fairway, KS and Ginna (Chad) of Phoenix, AZ and four beautiful grandchildren, Nicole Nana, Tyler Nana, Eva Nana and Sam Ronis, as well as by his sister Elizabeth Price Mansfield of New Canaan, CT, his mother-in-law Lois Gettleman of Phoenix, AZ, his sister-in-law Laurie Gettleman Greenfield (Michael) of Leawood, KS, his brother-in-law Bradley Gettleman (Jody) of Phoenix, AZ and many nephews, nieces and cousins. He was preceded in death by his parents David E. Price and Frances Peek Price, and by his sister, the late Frances Price Clayton.

The family expresses their immense gratitude to both their dear friends for their constant support and companionship, and to the unexpected and amazing circle of people in David’s life who have overwhelmingly reached out to share their stories of enjoying and being touched by David’s presence at the grocery store, at the ballpark, at the driving range, and beyond. Our thanks to you for sharing your joyful memories with us during this heartbreaking time knows no bounds.

Funeral services will be at 2 pm on Saturday, June 2 at St. Michael and All Angels Episcopal Church, 6630 Nall Avenue, Mission, KS. Please help celebrate David’s life by wearing Kansas City Royals colors. In lieu of flowers, the family suggests donations to The Boys and Girls Club of Kansas City and The First Tee.

To order memorial trees or send flowers to the family in memory of David Price Jr., please visit our flower store.