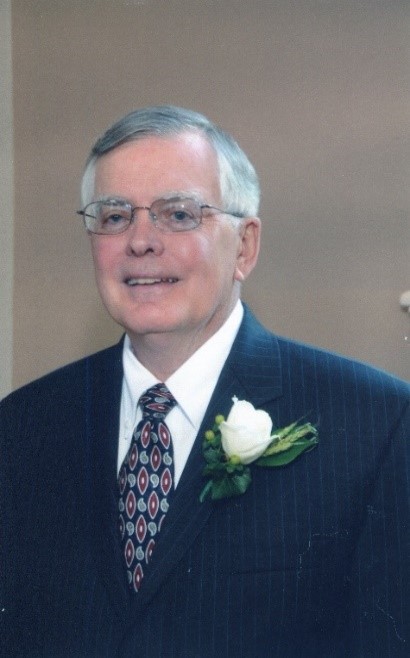 Charles “Mark” Hollister went home to be with the Lord on July 21, 2020 at the age of 81 after a long and debilitating illness through which he remained brave, good humored and dignified. He never complained and was always most concerned with the welfare of others.

Golf, trout fishing and being outdoors were his favorite things, especially with a group of friends. He will be sorely missed by friends and family for the kind, loving and thoughtful true gentleman that he was. The family wishes to thank caregiver and friend Scott, friend Mike and many other friends and caregivers who helped him in the past 6 years.

Mark was born in Kansas City KS to Mildred and Max Hollister. He attended Paseo High School and graduated in 1958; in 1962 he graduated from Kansas State University with a B.S. in Accounting and he remained a devoted Wildcat fan throughout his life.

He was employed by Clay & Bailey Manufacturing Co., the Cleveland Chiropractic College and the Kansas City MO School District before retiring in 2005 from King Louie International. Mark was a long-time member of Old Mission United Methodist Church in Fairway KS and The Parables Sunday School class where he leaves behind many friends.

He was preceded in death by his parents and his first wife, Connie, and leaves behind his wife, Gail West Hollister of the home, sons Scott (Britt) of Olathe and Jeff (Lisa) of Rhode Island and five grandchildren, Alex, Alyssa, Adilae, Max and Gracie. A memorial service will be held at a date to be announced later. The family suggests contributions in his honor to www.curepsp.org.

To order memorial trees or send flowers to the family in memory of Charles Hollister, please visit our flower store.