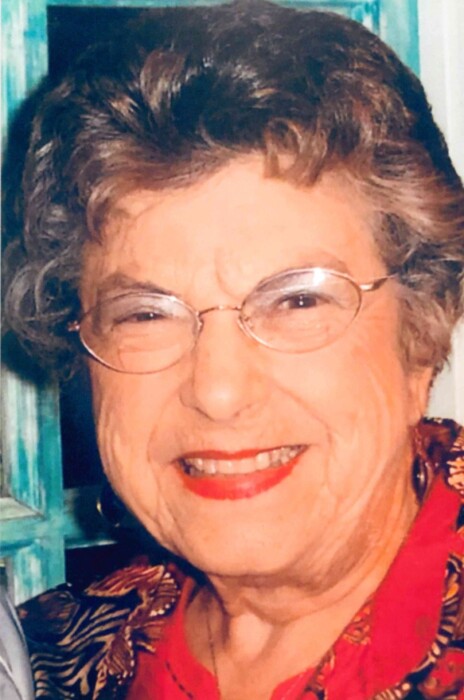 Billie Marie Tobias Warden, 94, passed away early Tuesday morning, August 10, 2021, into the loving arms of our Heavenly Father.  Billie was born July 2, 1927 to Rollie Orville “Toby” and Flossie Mae Montandon Tobias.  Billie grew up in Liberal, Kansas, graduating from high school in 1945.  She attended K-state for 2 years and was a member of Delta Delta Delta Sorority.  She married Dale M. “Pidge” Warden on August 14, 1949, and they lived in Liberal until 1981 when they moved to Colorado where they retired.  Billie worked at the Jo-Le shop in Liberal where she managed the children’s department for over 20 years, was a member of Eastern Star and a lifelong member of the American Legion Auxiliary.  Billie was the winner of the first (1950) International Pancake Day race held each year on Fat Tuesday between Liberal and Olney, England.  She loved being the first winner but always regretted walking part of the race because she was so far ahead, enabling the Olney winner to have a better time!

In 1990, Billie and Pidge moved to the KC area living at Lakeview Village Retirement since 2007.

To order memorial trees or send flowers to the family in memory of Billie Warden, please visit our flower store.