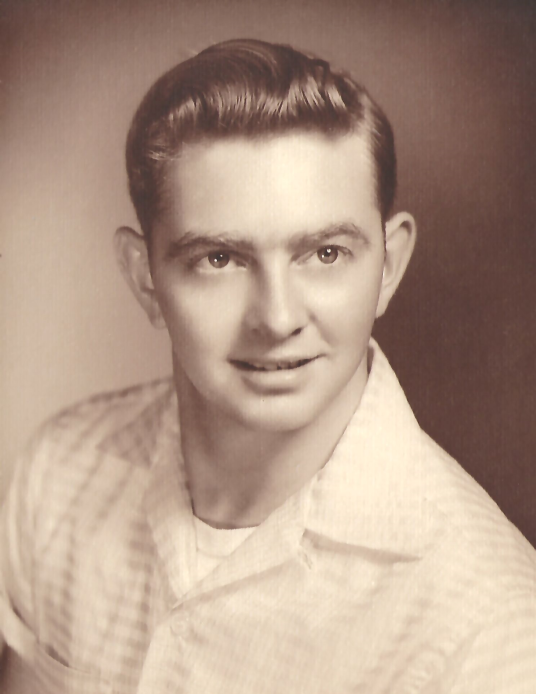 A.W. “Al” Jones passed away on June 27, 2019 as a result of kidney failure. He was always amazed that his mother would name him Alva, after her father. A name he lived with all of his life.             Al was born in Beaumont, PA on January 24, 1934 of Robert Jones and Ida Taylor Jones. Although he spent most of his younger, formative years in Newark, NJ during WWII, he moved to Tunkhannock, PA on his grandparent’s dairy farm in Sugar Hollow and graduated high school with the Tunkhannock class of 1951. In December 1952, he joined the United States Air Force and was honorably discharged in April 1957. During the Korean war he was stationed in Sidi Slimane, French Morocco working in the Combat Alert Center of the 324th Fighter Interceptor Squadron equipped with F-86 Sabres.

While stationed in Memphis, TN he met and married the love of his life Kay. They were married on November 3, 1955, and enjoyed over 63 years of happy marriage. Al worked for the Air Force as a civilian and also as an active USAF reservist from 1958 to 1965 while attending Memphis State University at night on the GI Bill, graduating with a BBA in February 1964. In 1965 he started his career with the US Government as a Federal Investigator, retiring in January 1988. He then worked as a contractor doing background investigations for Federal agencies until 2005 when he was forced to retire due to cancer.

Al leaves his wife Kay, children Leah of Olathe, KS, Wayne (Teresa) and Luke (Lisa) and grandchildren Sam, Emma, and Joe, all of Kansas City, MO. Al wants to thank all of them for the love and affection over so many good years.

Al also wants to thank his close cousin, Peggy as well as Ace, Bertie and Mary Shupp, his very close friends (almost family) in Pennsylvania for all the love over all those years.

In addition to family and friends, Al holds a special place in his heart for those he served with in USAF and USAF Reserves (in Memphis). These men, too numerous to name, served their country during WWII, Korea and during peacetime and considered God, Honor, Honesty, Duty and Friendship above all else. Thanks!!

In accordance with Al’s wishes, there will be no public service. Al will be cremated.

To order memorial trees or send flowers to the family in memory of A.W. Jones, please visit our flower store.