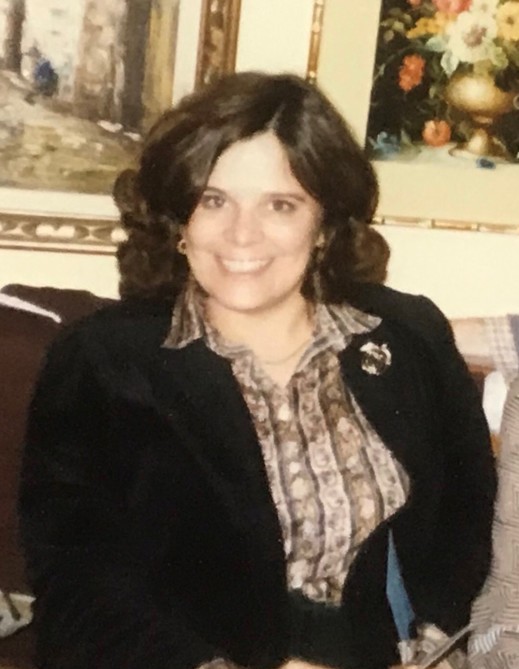 Andrea Louise (Karlan) Hamlin passed away peacefully on April 19, 2020 at the age of 74. She will be greatly missed for her friendship, sense of humor, and ability to beautify any space.

Andrea was born on November 28, 1945 to Charles B. and Thora Karlan and raised in Topeka, KS. She often talked about her summers spent in Minnesota with her
family and friends as some of her favorite childhood memories.

She graduated from Topeka West High School in 1964 and went to William Woods College in Fulton, MO for two years where she received her Associates degree, then obtained her
bachelor's degree in Housing and Interiors from University of Missouri in 1968.

Andrea moved to Kansas City after college to begin her career in business interiors. She later specialized in residential interiors for most of her successful career. She won multiple
“Best of the Parade” awards for homes she decorated. She was very active in the American Society of Interior Designers and served in many roles over her years
of involvement and enjoyed participating in the ASID Showhouses.

She married, and raised her children, Michael and Amanda in Overland Park, KS. She created a loving and beautiful home that was always open and welcoming of friends and family.

At age 54 she suffered an internal brain injury due to viral encephalitis. After defying the odds of survival, she lived differently than before but still with great meaning. The brain injury left her with short term memory loss, but she maintained her intelligence and marvelous sense of humor. She was a resident of Brighton Gardens assisted living facility for 18 years where she enjoyed their many activities, including bingo and painting.

She was very proud to be Grandma Andie to “the greatest grandkids in the world,” which she would label the cards and drawings she often made. Even with her memory impairment, she
never forgot after she was told she was going to be a grandma and cherished every moment with them.

She loved spending time with her family and friends, and kept everyone entertained with stories, jokes, and shenanigans from her childhood, teenage, and college years. She often asked about people she knew from all stages of her life, including neighbors, colleagues and friends. She was just as beloved by her friends and family, as she loved them.

She is survived by her son, Michael Karlan Hamlin of Kansas City, KS, daughter Amanda (Hamlin) Featherston of Overland Park, KS, son-in-law Bob Featherston, Jr., and grandkids Lettie and Brody. Andrea is also survived by one brother, Keith Karlan, two sister-in-laws, and her nieces, cousins and many friends.

She was preceded in death by her parents Charles B and Thora (Backman) Karlan, and her brother Charles (Chuck) C. Karlan.

Private graveside service will be scheduled at a later date.

In lieu of flowers, donations can be made to the Brain Injury Association of Kansas City (an organization dedicated to bettering the lives of people living with brain injuries).

To order memorial trees or send flowers to the family in memory of Andrea Hamlin, please visit our flower store.