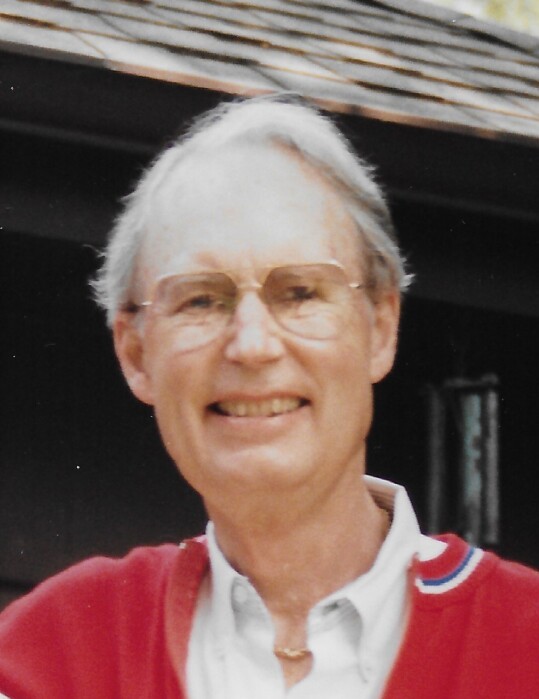 Alan Cook passed away peacefully on June 16,2020 at Tallgrass Creek in Overland Park, KS. after a battle with Parkinson’s disease.

Alan was born June 18, 1926 in Richmond Heights, MO., near St. Louis. A bright student, he graduated from Columbia University at age 18, and received a Masters in Engineering from Washington University, St. Louis.

He did Navy Auxiliary Rescue Salvage on both the USS Deliver and USS Reclaimer in WW II and the Korean War. He participated in a study on the effects of atomic bombs on war ships in Bikini Atoll, and did salvage work on damaged ships in Mare Island, Pearl Harbor and San Francisco.

Summers were spent at the family cabin on Lake Michigan near Frankfort. Alan loved reading, music, skiing in Colorado, sailing, canoeing, camping and time with friends. He worked for Butler Manufacturing, and later for Black & Veatch Engineering until he retired.

Alan was preceded in death by his wife, Patricia Belknap Cook, his parents, sisters Virginia Leutwiler and Jennette Jones, and brother Jack Cook. He was a member of the Kansas City Ski Club and Village Presbyterian Church.

A Memorial Service will be held at Village Presbyterian, 6641 Mission Road, Prairie Village, KS., 66208 on Friday, July 10 at 11 am. The service will be live-streamed at www.villagepres.org.

In lieu of flowers, memorial gifts may be given to the church.

To order memorial trees or send flowers to the family in memory of Alan Rhodes Cook, please visit our flower store.