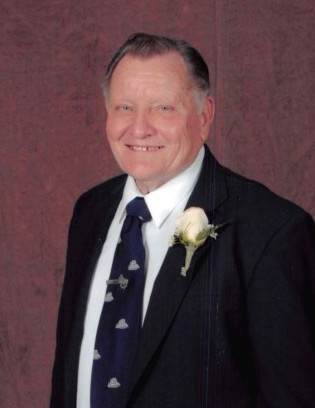 Alan Stuart Caldwell, passed away peacefully at home April 29, 2018, after his battle with abdominal cancer. Every time he went to the hospital he said the one good thing about the hospital were the warm blankets.

Alan was born in Baltimore, MD on November 5, 1928 and lived in Parkton, MD with his father, brother, and paternal grandmother. His mother died when he was born. At the age of ten he moved to Philadelphia, PA, graduated from high school and joined the navy at 17; and loved every minute of it as a meteorologist having seen every ocean in the world and sailing over 400,000 miles. He served on six battleships including the USS Missouri and was one of the few World War II Veterans. He assisted in the launching of the highest recorded high-altitude balloon and was a forerunner to sending man into space. He was involved with tracking radiation bands around the globe after the detonation of the 5, 6, and 7 atom bomb tests during Operation Sandstone at Eniewetok. Alan also served on Admiral Byrd’s expedition to the South Pole and went back to the Antarctic in 1982 on the research vessel, Hero.

After his release from the Navy he moved to Baltimore, MD where he met and married his wife Joyce on Valentine’s Day 1959. Alan moved his family to Overland Park, KS in 1965, spending the rest of his time renovating and operating commercial swimming pools until his death.

Alan was a member of the Heart of America Choir, which is now known as the Mormon Chorale, for many years. Many have enjoyed the poems he wrote for them personally as well as those he shared to lighten their hearts.

Alan loved God and Country, his family and the Missouri River.

Friends say he had a heart of gold and was always there for them and his family. He believed the Will Rogers quote "A stranger is just a friend I haven't met yet".

To order memorial trees or send flowers to the family in memory of Alan Caldwell, please visit our flower store.